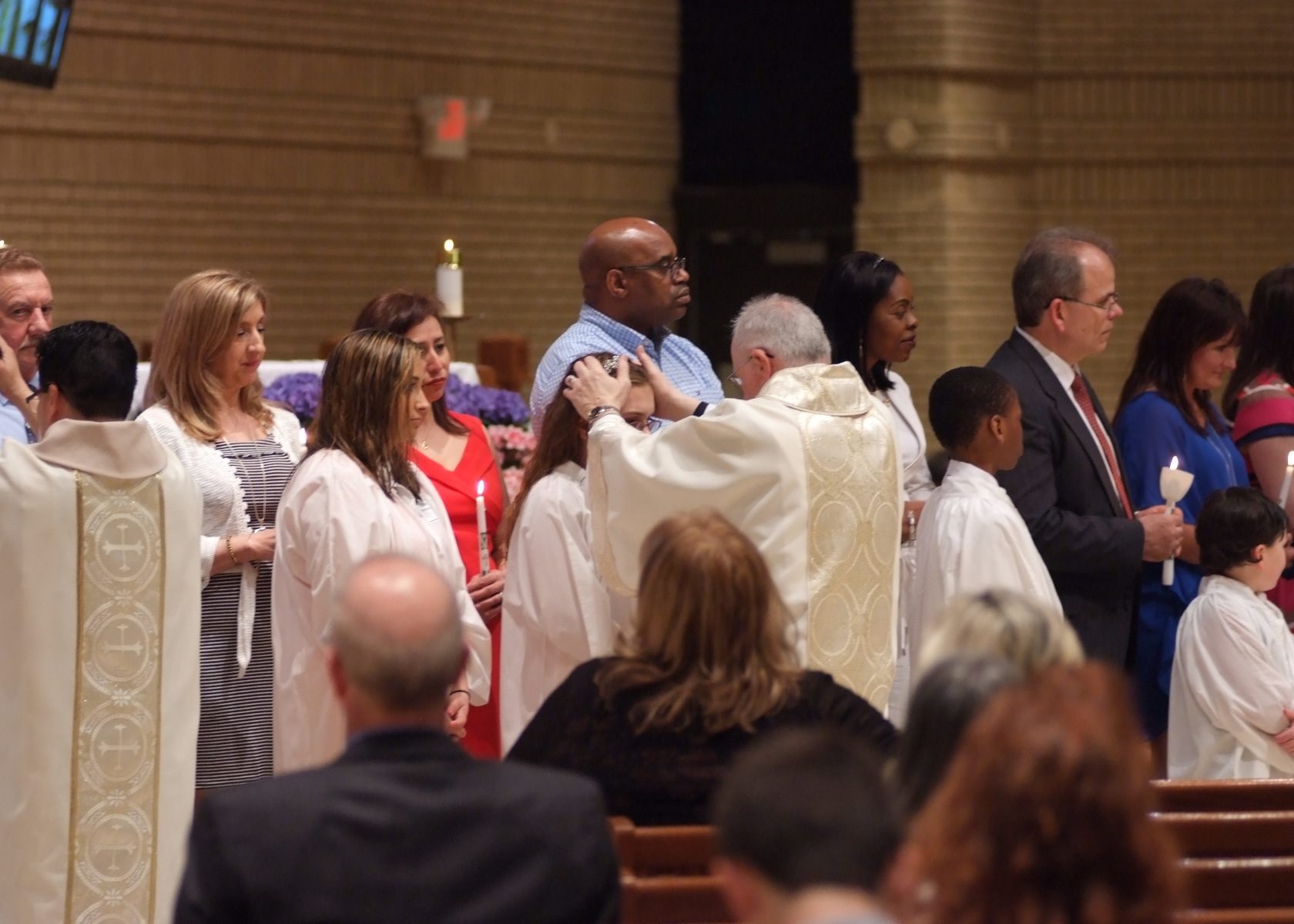 Becoming Catholic is one of life’s most profound and joyous experiences. Some are blessed enough to receive this great gift while they are infants, and, over time, they recognize the enormous grace that has been bestowed on them. Others enter the Catholic fold when they are older children or adults. This tract examines the joyful process by which one becomes a Catholic.

A person is brought into full communion with the Catholic Church through reception of the three sacraments of Christian initiation—baptism, confirmation, and the holy Eucharist—but the process by which one becomes a Catholic can take different forms.

Those who have been validly baptized outside the Church become Catholics by making a profession of the Catholic faith and being formally received into the Church. This is normally followed immediately by confirmation and the Eucharist.

Before a person is ready to be received into the Church, whether by baptism or by profession of faith, preparation is necessary. The amount and form of this preparation depends on the individual’s circumstance. The most basic division in the kind of preparation needed is between those who are unbaptized and those who have already become Christian through baptism in another church.

For adults and children who have reached the age of reason (age seven), entrance into the Church is governed by the Rite of Christian Initiation for Adults (RCIA)

Why be Catholic and not just Christian?

There are many similarities and differences between the Catholic Church and the Protestant denominations. In this video, Fr. Mike Schmitz narrows the differences down to one thing that really sets Catholicism apart from other Christian Churches: authoritative teaching.

Meet John, the Coordinator for RCIA

Faith will be the foundation of your life. Make that foundation solid!

Where do you begin?

Well, you just begin from where you are now!

Many adults entering the Catholic Church, or those just thinking about it, follow a process known as the RCIA – Rite of Christian Initiation for Adults.

The RCIA journey has several distinct stages. These Catholic RCIA stages are a good model of faith development itself, so this article will fit you whether or not you’re actually in the RCIA process.

The initial period before you decide to enter the Catholic Church. You’re asking questions and checking it out, but aren’t yet ready to commit.

Those who decide to enter the Church and are being trained for a life in Christ are called catechumens, an ancient name from the early Church. In this stage, you’re developing your faith and are being “catechized” – learning catechism, or the basic points about Catholic faith and life.

The Church will help you focus and intensify your faith as you prepare you to commit your life to Christ and be received into the Church at Easter. If you’re following the RCIA process, you’ll go through a beautiful series of Gospel-based meditations during Lent, which is the time frame of this period.

Initiation itself, the culmination of the whole process! You’re received into the Church during the Easter Vigil Mass, where you’ll receive the sacraments of initiation: baptism, confirmation, and Eucharist. (If you’ve already been baptized, you won’t be baptized again.)

After reception into the Church at Easter, this period lets you reflect and learn more about the mysteries of the Mass and the Sacraments that you now participate in fully.

Ready to get started or have more questions?