In this Sunday’s Gospel, Peter asks Jesus: “Lord, if my brother sins against me, how often must I forgive? As many as seven times?”  He is really asking: “When does forgiveness end, and retaliation begin,” or “When can I start paying the person back?” Peter is very generous at putting the number at seven.  Most of us, including myself, are tempted to retaliate after the second or third time at most.  We can only embrace forgiveness for just so long! 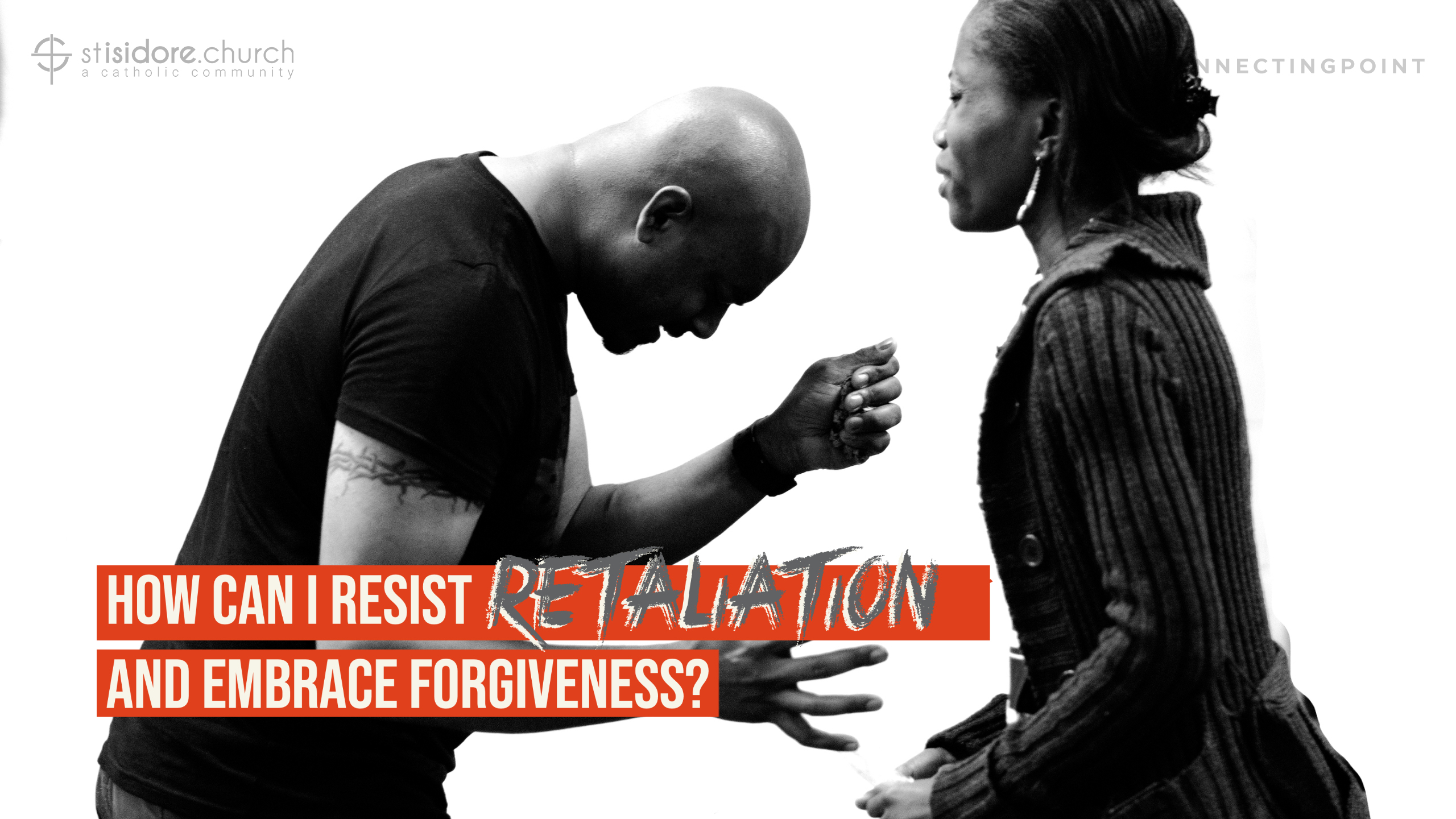 Jesus answers Peter by saying “not seven times, but seventy seven times.”  In other words, you must FULLY embrace forgiveness.

Retaliation always escalates.  Things always get worse once we fail to forgive. Perhaps we have experienced this even in our families.

We see this in this Sunday’s first reading from the Book of Sirach: “The vengeful will suffer the Lord’s vengeance, for he remembers their sins in detail. Forgive your neighbor’s injustice; then when you pray, your own sins will be forgiven.”  We begin to embrace forgiveness once we recall our own sins, and how God has forgiven us.  If we do not show others the mercy God has shown us, God’s mercy for us vanishes.  To resist retaliation, we must FULLY embrace the power of forgiveness.

I have just finished reading John Meacham’s  recently published book “His Truth is Marching On, John Lewis and the Power of Hope.”  Representative John Lewis, who passed away this summer, was a major leader in the non-violent Civil Rights movement of the 1950’s and 60’s.  Although he himself was often severely beaten, unjustly imprisoned, and mistreated dozens of times, he always resisted retaliation and embraced forgiveness.  He preached and lived non-violence, even when criticized by others. He based his belief in non-retaliation on the Gospels, as he came from a family of preachers.  He knew that he was a sinner and had been forgiven by God. He must show others that same forgiveness. He believed that those who mistreated him perhaps did so out of some pain they had experienced, and that he saw the light of God’s goodness in every person.  He totally embraced the power of forgiveness.  Embracing forgiveness wasn’t easy for Mr. Lewis. He endured much suffering because of it.  He needed to pray often and reflect on the Gospels.

It won’t be easy for us. Yet, it is the most effective way to resist retaliation. It is the only way to put an end to violence and injustice.